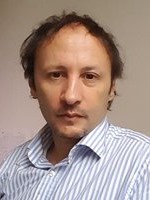 In this seminar, I will present two distinct studies of Lead (Pb) and Bismuth (Bi) nanocrystals.

The first part of the talk is related to the existence of Cooper pairing and the nature of superfluid order in nanocrystals with a small number of Fermions. This is a question of fundamental interest that has implications for various systems, from atomic nucleus to Helium clusters and superconducting nanocrystals. With its atomic resolution capabilities, STM is an ideal instrument for the study of the electronic spectrum of small size superconducting nanocrystals. Yet, so far, such studies have been hampered by the two antagonistic requirements that the substrate must be conducting and the nanocrystals only weakly coupled to this substrate. Instead of a simple metallic substrate, we found that the 2D electron gas of large Fermi wavelength at the surface of InAs provides an ideal substrate for the growth and study of superconducting lead (Pb) nanocrystals in the regime of quantum confinement. This discovery allowed to study, for the first time by STM, the superconducting parity effect in nanocrystals as function of their volume and to demonstrate unambiguously the validity of the Anderson criterion, conjectured in 1959, for the existence of superconductivity in nanocrystals submitted to quantum size effects. In a second part, I will present a study of Bismuth nanocrystals. We found the spectrum to be characterized by hinge states, the possible signature of a second order topological insulator. In both experiments, the corresponding quantum states are characterized by dissipation-free currents that should have a diamagnetic response. I will present a possible method of measuring this diamagnetic response through STM measurements.